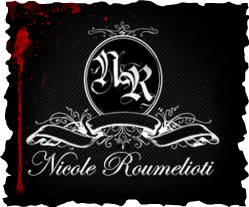 I hold a BA(Hons) in Fine Arts and Technology from the Middlesex University, London.

I have exhibited both solo and in group at the Municipal Gallery of Piraeus, Greece in 2010.

My latest exhibition “Body Language II”  was held at the Ambassador Hotel as part of the  Artists Open Houses, during May 2014 Brighton Arts Festival.

I have undertaken several private commissions and I live and work in Athens, Greece.

A few words about my work,
Since my first art quests, black and white mastered my paintings for their relationship of intense contrast. The coexistence of the abstractive classical form with the plain sensual vision of the body
is fulfilled from the emotions that emanate from them. Passion, hope, flirtation, narcissism, lust, are some of the elements that are imported in this theme. Amongst the light and the shadow, the intensity and the tranquility, the red colour stands out to mark the free interpretation of the observer.